Following an epic debut in 2019, Festival X will return to kick off summer 2022, this time expanding its reach to five cities across five dates in November and December. It will be the first summer festival to land on the Australian calendar and will mark a welcome return to large-scale festivals following the hiatus due to the COVID19 pandemic.

The party returns to Melbourne and Sydney but this year will move from Brisbane to Gold Coast’s Alabaster Sports Fields, as well as two new locations to the tour - Perth’s sprawling Burswood Park, on the bank of the Swan River and the beautiful Bonython Park, situated between Port Road and the River Torrens in Adelaide.

Festival X will once again represent the best in Hip Hop and Electronic Dance music across multiple, hand-crafted stages hosting global superstars alongside the hottest local talent. It’s big, and it’s back, with a killer lineup…

Festival favourite and multiple Grammy, Billboard, and Brit Award winner, Calvin Harris features in his second appearance at Festival X; hot off the heels of his fifth studio album announcement out later this year, with a slew of hits and a brand-new show. Multiple Grammy award winner and female Hip Hop superstar, Megan Thee Stallion is headed down under for her first-ever performances and ‘hot girl summer’ in Australia. Chicago-based, Trap-N-B star Don Toliver is headed to our shores for the first time, following multiple successful releases through Travis Scott’s iconic Cactus Jack records. 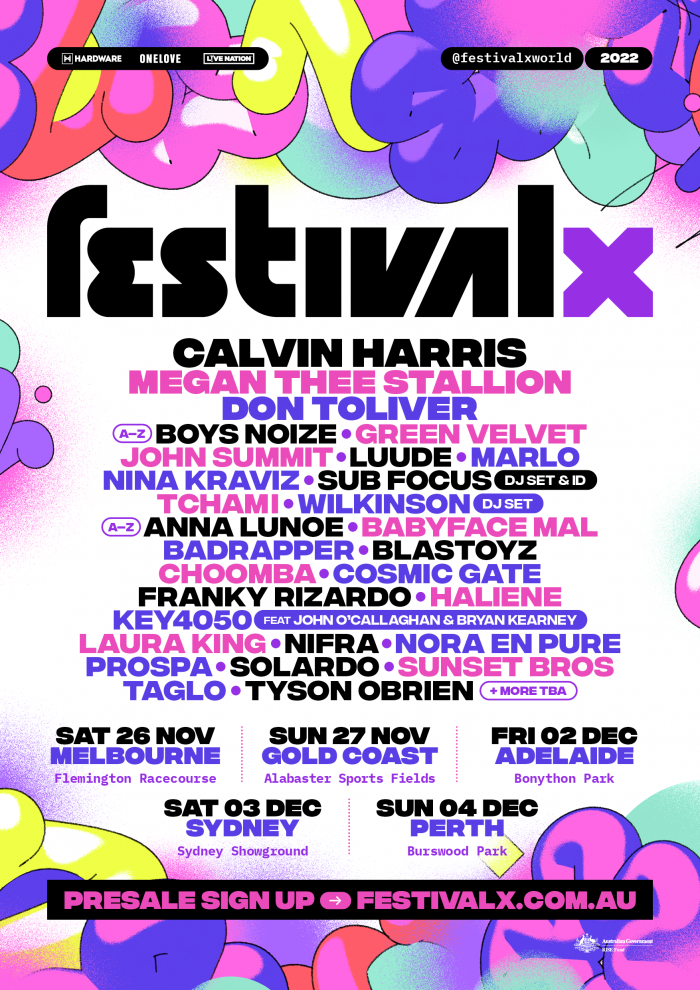